One needs to study the ancient history of Afghanistan and Indian-subcontinent, not only under the light of books and census reports written by the European or British orientalists (i.e. Olaf Caroe, Denzil Ibbetson, Horace A. Rose, Edward Douglas Maclagan) and travelers but also by the native authors (i.e. Pir Moazzem Shah, Muhammad Hayat Khan, Khan Roshan Khan, Latif Yaad), to learn about the true history, background, circumstances, tribulations and suffering of Pashtuns as well as various non-Pashto speaking Pashtun tribes/clans/khels who migrated and later on settled in non-Pashto speaking areas.

Just to give you an example, here is what Denzil Ibbetson, who was Deputy Superintendent for the 1881 census operation in Punjab and North-West Frontier Province had written in his 1883 Report on the exercise that “Our ignorance of the customs and beliefs of the people among whom we dwell is surely in some respects a reproach to us; for not only does that ignorance deprive European science of material which it greatly needs, but it also involves a distinct loss of administrative power to ourselves.”

Having confessed that he wrote in lieu of a description of the Pathans on Page 219 of “A Glossary of the Tribes and Castes of the Punjab and North-West Frontier Province – L-Z – Volume 3” that “The true Pathan is perhaps the most barbaric of all the races with which we are brought into contact in the Punjab. His life is not so primitive as that of the gypsy tribes. But he is bloodthirsty, cruel, and vindictive in the highest degree; he does not know that truth or faith is, insomuch that the saying Afghan be iman has passed into a proverb among his neighbors; and though he is not without courage of a sort and is often curiously reckless of his life, he would scorn to face an enemy who he could stab from behind, or to meet him on equal terms if it were possible to take advantage of him, however meanly.”

With this type of bias towards the Pashtuns, Denzil Ibbetson and some of his colleagues twisted and tweaked their books, material and census reports to reward and punish their favorite and not-so-favorite tribes and castes and thus gave rise to a new form of scientific racism using the ‘stick and carrot’ and ‘divide and conquer strategy’ to serve the British Imperial agenda. It took several decades for some tribes to get their history and ethnicity corrected in the Government documents but the damage had been done, albeit, these tribes stick to their guns and insisted on their Pashtun heritage throughout the ordeal of stigmatization and deliberate miscategorization by the then British authorities.

In a nutshell, please, don’t take this information as facts but with a grain of salt as there are lots inaccuracies here as well in this document.

Does the Kakazai (Loi Mamund) Pashtuns of Punjab have any connection with the caste of Kalwar / Kalor / Kalwar (or Kalal, Kalal, Klar)?

Tarkalanri (Grandfather of the Kakazai) Pashtuns in “A Glossary of the Tribes and Castes of the Punjab and North-West Frontier Province: L.-Z, Volume III”... 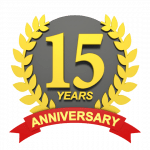